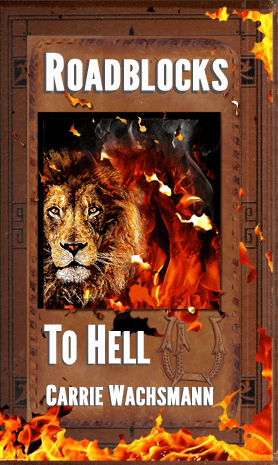 Fiction, based on a true story

Roadblocks to Hell is an arresting, drama filled,

Convicted of trying to kill the police chief at 15, Walt faces years in adult prison.

This is the compelling story of Walther Colt, headed down the dark and dangerous road of life in prison â€“Â  without parole.

Cali, a young Mennonite girl from a strict religious background remains his only friend.

Can she help? How will she help?

Follow Cali, and her family, as they spend decades investing in his life â€“ in and out of prison.

Follow them as theyÂ  learn to love and appreciate Walt as a friend, true and loyal to the end.

Some elements have been fictionalized. The author follows the charactersâ€™ lives and activities as documented or remembered. Dialogue and thoughts are created to depict each individual characterâ€™s nature, their belief systems and their reactions to the events depicted in the story.

Names have been changed but the stories are based on actual events.

In some cases, dialogue (quotes sometimes used) is from notes taken during interviews with individuals portrayed in the story. The prison interviews and the funeral service, for example, are mainly verbatim.

Some scenes are reconstructed from newspaper articles.

One of my goals was to help the reader understand why a Mennonite girl from a strict religious background would connect and stay connected with this angry, rebellious man whose life was so antithetical to that of her own.

Born into poverty and heading down a dangerous and tragic road, how will this young manâ€™s life end?

The purpose of this book?

â€œI wanted to offer hope to those who have loved ones traveling down a similar, self-destructive road.

I wanted to offer encouragement to those already on that road; that your life has a purpose, can change and can become meaningful.

I wanted to help the reader understand why a Mennonite girl from a strict religious background would connect and stay connected with this angry, rebellious man whose life was so antithetical to that of her own.â€

Hereâ€™s an EXCERPTÂ from ROADBLOCKS to HELL

The September Sun was still high in the sky as the young man ran. He ran like the wind, swift and sure-footed across the grassy fields and through the muddy ditches. He ran like his very life depended on it.

Chest heaving, Walt stopped for a moment to catch his breath. Seeing a culvert he ducked into it, thankful for the protection it provided. From here he could survey the landscape quite nicely. He would head for the farm house about a half mile or so up the road. Beyond that he could see a cluster of trees. Taking a deep breath he did one more, check â€“ check â€“ check, triple check, before resuming his run.

Ahh, he had made a good choice. He could use that shirt hanging on the line. From behind the protection of several alders, he carefully scanned the yard and its contents. The place was quiet. He spotted one vehicle, but no movement, no one looking out the kitchen window. So far no dog. Luck was on his side it seemed.

He ran to the clothes line and grabbed the shirt. With no time to spare, he whipped it on and rolled up the sleeves.

A little big, but it would do.

Every moment of freedom was worth the price he would pay should he be captured. The things he had experienced at the hands of sick and hardened criminals was more than his wounded heart could endure. Today had been the last straw. Today he had done something about it. And that was why he had to break out.

He would have to keep going. Time was precious. Any moment now, the Stony Mountain head counters would know he was missing.

Highway traffic hummed in the distance. All he needed was a ride to the big city â€“ mere miles away. The likelihood of being recognized in Winnipeg was almost nil. Heâ€™d keep a low profile and if people would just leave him aloneâ€¦

A warm fall breeze rustled through the tall grasses around him. The smell of freedom had never been more inviting. He took a deep breath and let it out slowly. He would savor this moment, planting it deep inside the recesses of his mind. He might need it some day.

His thoughts turned toward home. The familiar stomping grounds were relentless in their calling and he must answer, but first he would need a piece of hardware, and he would need ammunition.

Walt managed to hitchhike his way to Winnipeg where he eluded police long enough to acquire a dangerous weapon (a shotgun), steal a car and hold a man hostage.

Although at the time Walt would have strongly disagreed, someone upstairs was looking out for him that day. His hostage was cool, calculating and calm, something Walt did not expect. eventually, Walt let down his guard and thatâ€™s when his captive overpowered him.

Back in the â€œsafetyâ€ of solitary confinement, a unremorseful Walt stewed in his thoughts for revenge. Once again he resolved that one day he would get even, and one day he would live in a world without bars.

At the age of fifteen, Carrieâ€™s family moved to Steinbach, Manitoba. After she married, she and her husband moved to British Columbia, where they still make their home in charming Abbotsford.

Carrieâ€™s interest in the arts began as a young girl. An imaginative child, she loved to draw, read, write and listen to stories. Their school library consisted of a mere three short shelves of books, not nearly enough to satisfy her need for creative reading and story-telling.

After school Carrie would often run home to sit down beside their old-fashioned, console radio and listen to Aunt Ollie â€“ a half hour program where Aunt Ollie read fables, mysteries and other delightful tales.

Carrieâ€™s passion for storytelling and desire to create continued after marriage and children. She took several writing courses as well as pursuing painting, drawing and film making.

She writes for both adults and children, fantasy and adventure being her favorite.

The story of Walt was a story she had on her heart to write since his death in 2008. It is her hope and belief that this redemptive story will be an encouragement and give hope to the reader.